EMSculpt Vs CoolSculpting: Which one to choose? 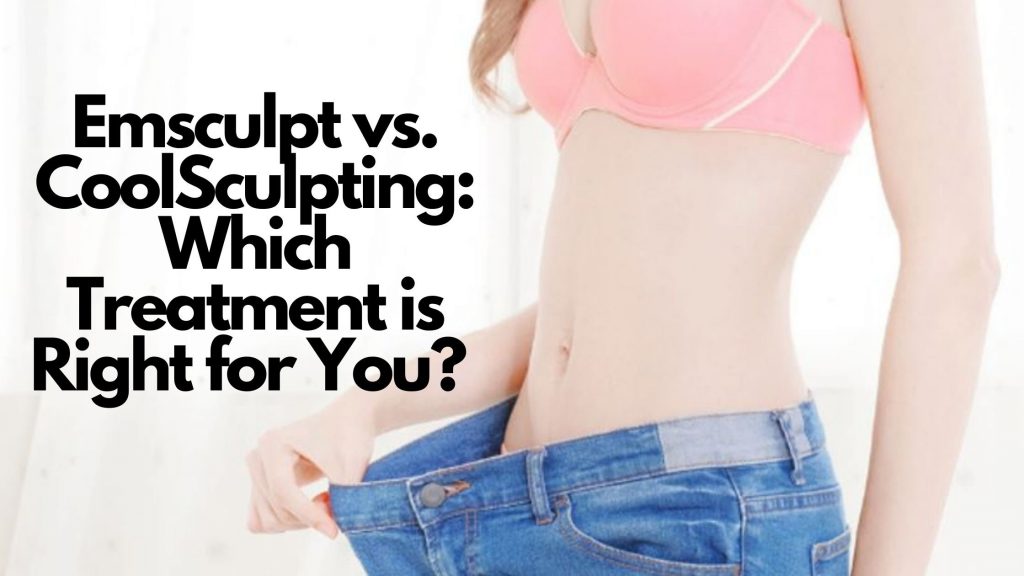 EMSculpt Vs CoolSculpting: Which one to choose?

We can help if you are interested in body contouring but not sure whether EMSculpt or CoolSculpting is best for you. In this guide, we discuss the essential differences between EMSculpt and CoolSculpting, detailing how these body shaping treatments can keep you looking slim, sculpted and trimmed. Whether your goal is to remove unwanted fat bulges or to develop muscle tone, we walk through each treatment to make the benefits clear. This need to assist you to pick the best treatment that will create the best lead to line with your own body goals.

Body slimming with EMSculpt and CoolSculpting

EMSculpt and CoolSculpting are 2 leading non-surgical technologies.it is world’s leading two body contouring treatments, they give patients the chance to achieve their body shape without surgical treatment or downtime.

Benefits of EMSculpt and CoolSculpting

Clients can gain a trimmer, leaner body without needing to embrace extensive exercise routines or limiting diet plans with these treatments. Even if a person has a healthy, active way of life, it can frequently be difficult to eliminate persistent fat or build up muscle tone. With basic techniques like diet and exercise programs, it is also challenging to separate fat decrease or muscle toning. Problem-prone concerns like love handles, belly fat, bra fat or drooping buttocks are frequently hard to tackle. But with EMSculpt and CoolSculpting, these areas can be tactically isolated and targeted. This can assist people to speed up muscle building and fat loss in a far more efficient and results-driven high technology way. 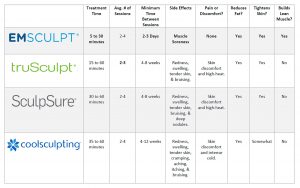 When it comes to non-surgical fat reduction, coolsculpting is widely known as the supreme Gold Standard. It is perfect for extensive body fat removal as it targets persistent fat across a varied series of body areas, from the chins to the stomach and more. Using its innovative fat-freezing innovation, it decreases the noticeable subcutaneous fat bulges that typically make us watch out of shape. Think of the fat that can gather around double chins and muffin tops. As one of the world’s best fat removal treatments, it is especially ideal for people with a higher-than-average BMI.

EMSculpt: muscle toning and fat reduction, no downtime, non-invasive
CoolSculpting produces controlled cooling to cool die fat cells while not destructive surroundings skin. Each procedure gets rid of an average of 22% in the treated areas. For greater improvement, Coolsculpting can be carried out again after 2 months in the very same area.
Emsculpt utilizes effective electro-magnetic energy waves to cause rapid muscle contraction that can’t be accomplished with normal contractions during exercise. It can cause your muscles to fire up to 20,000 times per 30-minute session.
EMSculpt is best for those who want to tone up their muscles while likewise benefiting from fat reduction. Building muscle is the key objective here. Patients can build up brand-new muscle mass while toning and sculpting their existing muscle fibres to make them more defined. Through its advanced electromagnetic technology, it promotes thousands of muscle contractions while encouraging muscle tissues to redesign. This procedure likewise increases fat reduction to an extent. EMSculpt is matched to a narrower range of target body areas, like the abs, legs and buttock

CoolSculpting decreases undesirable fat through a procedure call cryolipolysis (or fat freezing), which puts fat cells under extremely low temperature levels to break them up and destroy them. During the treatment, subcutaneous fat tissues crystalise prior to the body gets rid of the broken-down cells in time. The CoolSculpting maker targets the given treatment area utilizing cooling cups, which cool the skin in a regulated method to permanently kill the fat tissues without damaging the surrounding nerves and muscles. 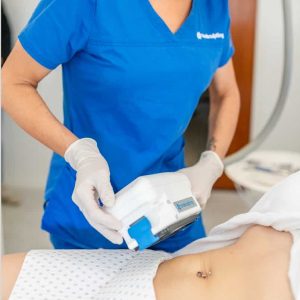 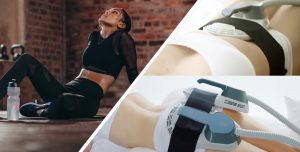 CoolSculpting use an exclusive fat-freezing innovation called cryolipolysis. The CoolSculpting applicator slightly suctions the skin and fat into the cooling cups, where they are given a controlled temperature 4 degrees cold enough to promote fat cells to die, but not cold adequate to hurt muscle, skin, or nerve tissue. Emsculpt uses high-intensity focused electro-magnetic innovation (HIFEM) to cause uncontrolled  contraction in the treatment area. contractions engage 100% of the muscle fibers in an area, assisting to tone the muscle faster than exercise alone.

While EMSculpt can develop muscle and burn fat at the same time, it can only do so across the following FDA-approved areas due to the unique shape of its applicator.

It can deal with:.

A typical CoolSculpting treatment takes in between 35 to 60 minutes to complete. Two treatment sessions generally are enough. But if a patient wishes to target several areas, then we may advise approximately 6 treatments, spaced one month apart for best results. EMSculpt treatments are much shorter, taking approximately thirty minutes. A client would need a minimum of 4 sessions, spaced 2-3 days apart to experience optimal results.

Which treatment is much better for you finally comes down to your needs and your body composition, as each treatment has a various purpose. CoolSculpting is your best bet if you want to reduce fat. Emsculpt may be a terrific alternative for you if you are lean and want to see much better muscle meaning in your buttocks, arms, or abs.